A runny nose is excessive nasal discharge. It can be a fluid, clear liquid, thicker mucus, or a consistency in between. The discharge may be nasal discharge from the nostrils or down the back of the throat, or both. Sometimes a runny nose may be accompanied by nasal congestion.

What causes a runny nose?

A runny nose can be caused by anything that irritates the tissues of the nose or stimulates the inflammatory process there. Colds, flu, allergies and various irritants can cause a runny nose. Less common causes of runny nose may include polyps, a foreign body, a tumor, or migraine-like dec. Among the causes of a runny nose are the following dec:

It can be uncomfortable and embarrassing for a person to have a constant runny nose, including when he is not sick. A runny nose begins when the tissue and blood vessels in the nose react to an environmental agent and produce fluid or mucous membranes to protect the person. Some people have a constant runny nose for no apparent reason. This condition is called non-allergic or vasomotor rhinitis. Although the symptoms resemble allergies, they are not triggered by the immune system. Stress, hypothyroidism, pregnancy, blood pressure medications, long-term use of nasal drops, excessive physical activity, sexual intercourse, and cigarette smoke can be counted among the causes of vasomotor rhinitis. There are complaints of chronic nasal congestion, nasal congestion, and runny nose due to trigger agents such as certain odors, medications, weather changes, or spicy foods. It is distinguished by the absence of other signs of colds or allergies, such as sneezing or eye irritation. Symptoms of vasomotor rhinitis can worsen when a person is near certain smells or perfumes, the temperature changes, feels certain emotions, or is exposed to bright lights. Treatment of discomfort known. However, by preventing triggers, taking appropriate medications, and cleaning the nose frequently with saline solutions, the symptoms can be managed.

What stops a runny nose?

To stop a runny nose due to allergies and colds, you can take a hot shower, use a steamer to moisten the air in the house, or do hot exercises for the nose and its surroundings. If the runny nose is also accompanied by congestion, you can clean your nose by preparing saline solutions. The recipe for the brine solution that will be used for this purpose:

mix 3 teaspoons of iodine-free salt and 1 teaspoon of baking soda.
This mixture is added to 3/4 liter of boiled or distilled water and mixed thoroughly.
The prepared solution is drawn into an injector and gently squeezed into the nostrils.

What is good for a runny nose?

A runny nose is one of the most unpleasant symptoms of a cold. Some of the applications that are good for runny nose that can be done at home include:

Consuming plenty of fluids. It is important to drink plenty of fluids if there are also signs of nasal congestion along with a runny nose. Thus, it becomes easier to remove mucus from the sinuses and nasal cavity. Otherwise, the mucus will acquire a dark and sticky consistency, and as a result, the nose will become even more stuffy. In such cases, it is useful to refrain from drinks such as coffee, black tea, lemon juice, which increase fluid excretion.

Make a steam bath. Inhaling hot steam helps to reduce the runny nose. In a study conducted with people with colds, the recovery time was compared between those who inhaled steam and those who did not, and it was found that a steam bath accelerated recovery. Inhalation by dropping 3 – 4 drops of various oils into boiling water for a steam bath increases the effectiveness of the application. For this purpose, eucalyptus, mint, pine, rosemary, sage, tea tree and thyme oil can be preferred. The person who does the application can benefit more by covering his head with a towel to cover the pot of boiling water. If there are no such vegetable oils at home, you can add 1-2 teaspoons of dried mint, oregano, ginger, etc. usable.

Drink warm herbal teas. Hot herbal teas are often more useful for a runny nose than cold drinks. Some herbal teas may contain mild nose-opening herbs. Preference may be given to teas with herbs that have anti-inflammatory and anti-allergic properties, such as chamomile, ginger, mint or nettle. For maximum benefit, you can make a glass of decaffeinated hot herbal tea and inhale the steam before drinking it. Sore throat often accompanies a runny nose. Drinking warm herbal tea also helps relieve sore throat.

Turmeric. Turmeric has beneficial effects for many health problems, including runny nose. Turmeric has a powerful antioxidant, anti-inflammatory, antibacterial and antiviral properties. For this reason, it is effective in the treatment of colds, as well as runny nose. For a runny nose, a teaspoon of powdered turmeric can be mixed with a glass of hot milk and drunk before bedtime. This mixture provides a quick relief for a runny nose and stuffiness, cough, colds and sore throats. The effectiveness can be increased by adding a little black pepper to the mixture. It is also useful to inhale its steam by adding one and a half teaspoons of dry, ground turmeric to boiling water. When taking a steam bath, steam should be drawn slowly, first through one nostril, then through the other. Doing this twice a day is good for a runny nose.

Ginger. Ginger has properties that relieve a runny nose that occurs for various reasons. Ginger has antioxidant, antiviral, antitoxic and antifungal properties. Chewing raw ginger sprinkled with salt 2 – 3 times a day will quickly relieve a runny nose. Consuming ginger in the form of tea is also good for a runny nose. For this, the fresh ginger root is cut into thin slices and a glass of boiling water is placed on it. The prepared tea is left to infuse for 3 – 4 minutes. Then drink it with the addition of a little honey to taste. Drinking this tea three or four times a day provides a quick relief from colds and runny nose.

Garlic. Garlic has antibacterial and antiseptic properties. For a runny nose, three or four cloves of chopped garlic are boiled for a few minutes in a couple of glasses of water. A little sugar is added to it and the mixture is drunk twice a day. It is also a relief to chew a small piece of garlic three or four times a day. Garlic supplements can be taken regularly to prevent or reduce discharge.

How does a runny nose pass?

Some methods that can help pass a runny nose can be listed as follows:

Acupressure. Sinus pain, congestion and associated runny nose can be treated with mild acupressure. Using acupressure in the area around your nose can relieve a runny nose, congestion, and headache. For this purpose, pressure is applied to each corner of the nose 10 times using a light pressure. The same is done in the area just above the eyes. For the relief of the sinuses, this practice is repeated 2-3 times a day.

Hot application. Applying a warm, damp cloth to the face and nose several times a day can help the discharge pass.

Medicines. Various medications and sprays containing antihistamine, decongestant and steroid substances prescribed by the doctor for the underlying cause help the runny nose to pass.

Avoidance of triggers. In order to stop the discharge due to allergic or vasomotor rhinitis, triggering agents should be detected and avoided. 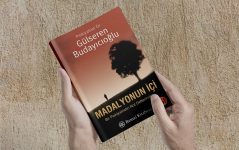 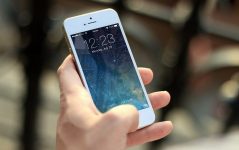